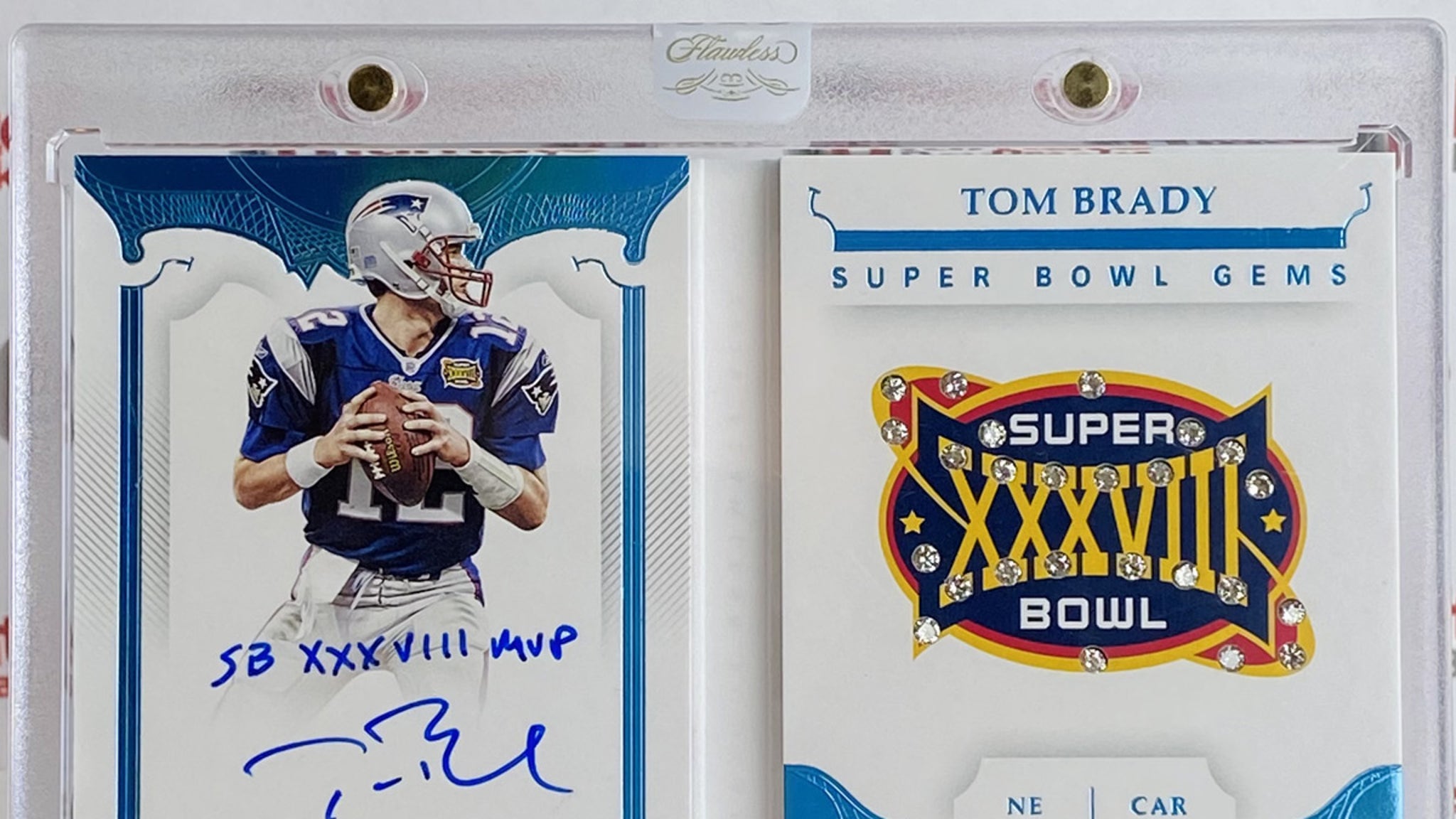 A signed Tom Brady card PACKED with diamonds was just pulled out of a wild box break this week … and it’s got everyone wondering — is this the greatest TB12 card ever!?

The piece came from a 2020 Flawless NFL box … and it’s absolutely insane — with some experts putting a conservative resale price tag of $250,000 on it!!

The card — a 1-of-1 — features an image of Brady, the Super Bowl XXXVIII logo, Brady’s signature and inscription … plus over two dozen REAL diamonds!!

It was all pulled thanks to Bryan from Ultimate Box Breaks … who purchased the $6,000 Panini America box this week and split it 32 ways between collectors.

Bryan tells TMZ Sports some of his followers/card enthusiasts agreed to buy in for around $160 — and each one was then assigned 1 of the 32 NFL teams.

The deal was simple … whatever team the player’s card was on — that collector would get the item.

Turns out, the guy who had the Patriots scored BIG TIME — ’cause Bryan tells us the dude is just a regular Joe who so happens to be a huge New England and Brady fan!

As for his plans for the card now, Bryan says it’s unclear whether the guy will sell it or hold it … but it is clear the card could be worth a small fortune nonetheless.

Could this one top that? Perhaps … it’s got freakin’ diamonds in it!!!