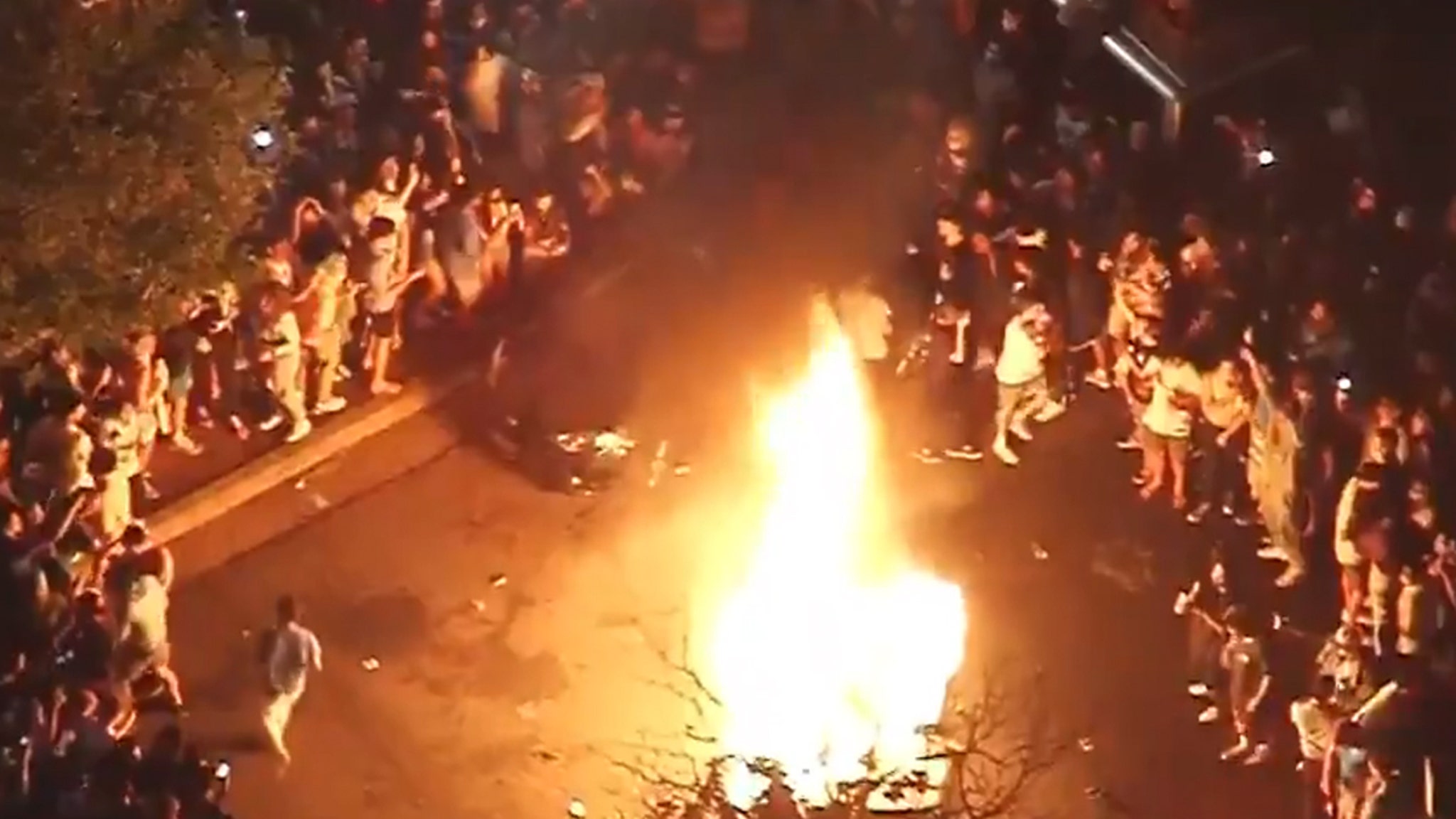 How did UCLA students celebrate their first Final Four berth in over a decade???

WATCH LIVE: People are gathered in Westwood to celebrate UCLA moving onto the #FinalFour. https://t.co/D8o5A8ve3Q pic.twitter.com/AqMQqgYhTx

Video from the scene showed people burnt a couch, a bookshelf and much more … and then everyone danced around the inferno with glee!!

Don’t worry … the fire department showed up quickly to douse the flames — and law enforcement said no arrests were made and no injuries were reported.

UCLA celebrating win over Michigan with a bed fire and music on Roebling Avenue. pic.twitter.com/K58gfZQ8Ge

Of course, the night was a long-awaited one for UCLA fans … the once-storied program had been in a lull since its last Final 4 appearance in 2008.

In the 12 seasons that followed that run … the Bruins had only advanced to the Sweet 16 three times, and had been largely mediocre or worse.

But, Mick Cronin‘s clearly got the guys rollin’ this year … and they’ll try to beat Gonzaga on Saturday for a spot in the National Championship game.

And, if that happens … party hard Bruins fans — but, remember, PLEASE STAY SAFE!!!