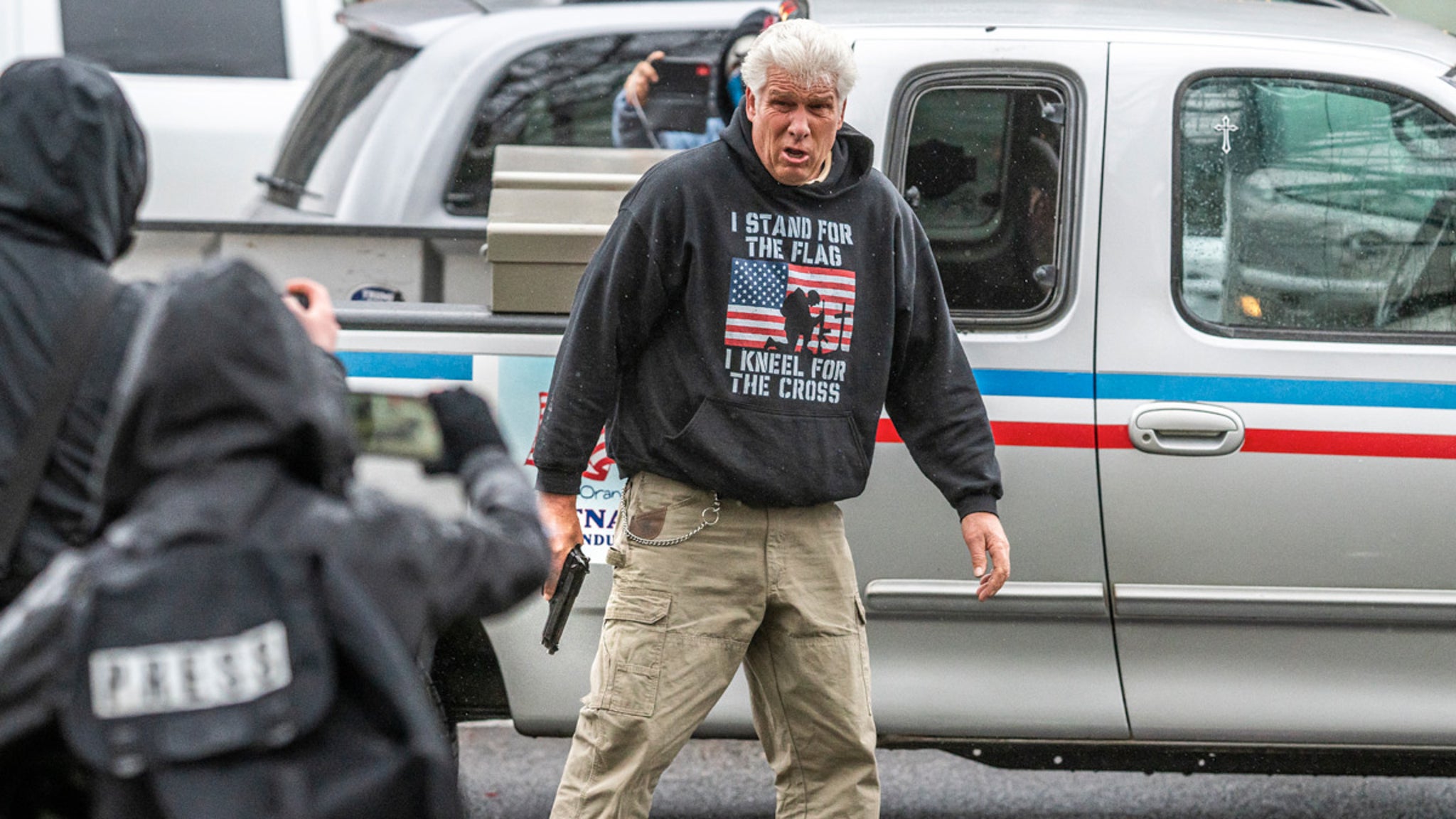 Images of a Trump supporter pulling out a gun in a standoff with Antifa protesters is a stark reminder — nearly 5 months after the Presidential election, tensions remain dangerously high in Oregon.

The heated incident went down Sunday in Salem at a rally near the Oregon Capitol where the man wearing an American flag hoodie and driving a truck with Trump stickers clashed with Antifa protesters … who pelted his truck with rocks and paint. 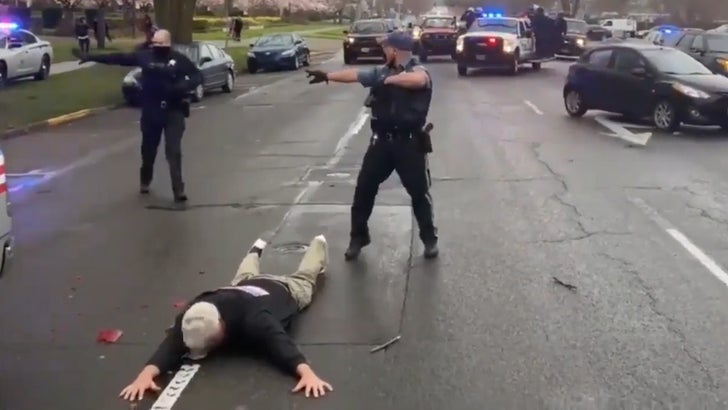 The man’s truck windows appear to be shattered from the encounter and you can see the windshield’s smeared with yellow paint, but it seems getting maced was the final straw — prompting the man to pull out his gun, cock it and point it at protesters.

Moments later … you see the man put his hands up and surrender to cops before he’s taken away. It’s unclear what charges he’s facing, if any. 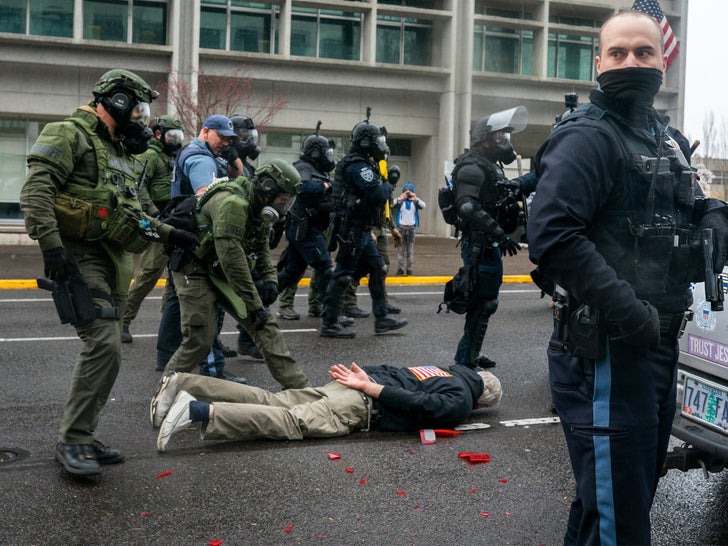 Protesters clashed throughout the day on what was supposed to be a “Freedom Rally” dedicated to those who “fought for our freedoms.” But, things apparently went south fast after protesters started pelting rocks and paint at a pro-Trump caravan. At least 3 people were arrested.

This violent encounter’s nothing new in Oregon, where protesters have been clashing with law enforcement and other citizens since well before the election … and well after as well.